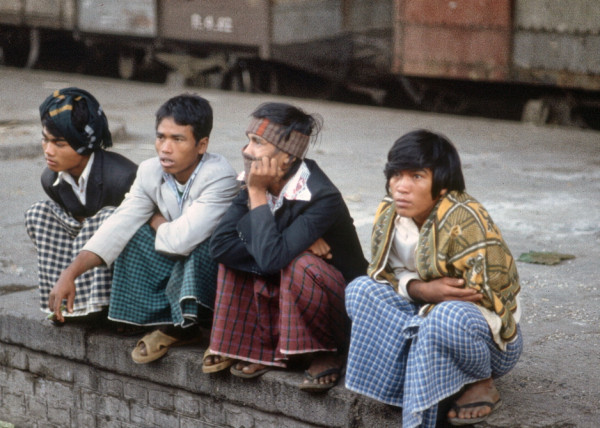 One situation you may encounter during international business meetings is unfamiliar “silence.” Here are a couple of typical instances where silence – and the use of silence – can be confusing or disadvantageous if you are unprepared for it.

A common misstep many Americans make in international meetings is assuming the best English-speaker across the table is the person in charge.  You should assume just the opposite!  He/she is there for their foreign language skills only.  There is also a tendency for native English speakers to hone in on their English-speaking counterparts during meetings and ignore the others.  The “others” who may not say much may in fact be key decision makers or influencers, and should not be ignored just because they are silent.  Be sure to direct some of the talk to them as well, and let the interpreters do their job.  Imagine the U.S. President or British P.M. at a meeting with the Russian President but having a conversation only with the interpreter, never looking at or engaging anyone else!  Business people can take a lesson from the diplomats on this one.

A frequent complaint I’ve heard over the years from people making presentations or doing training in Asia, particularly in Japan and Korea, is that “Nobody ever asks questions!” and “They just nod their heads silently. I don’t think they actually understood anything that was said!” An understanding of the sociological structure of the culture will usually be quite revealing.  Using Japan as an example of any hierarchically-organized society, a junior person won’t dare risk embarrassing his or her superior by asking a question that would best be directed to the boss, who is assumed to know the answer.  The boss, on the other hand, can’t risk being embarrassed by asking a question publically that he might be expected to know.  So, everyone maintains a respectful silence.  In these situations, don’t resort to grade school teacher terror tactics and start asking questions of random individuals.  You could do serious damage by embarrassing the wrong person in front of his or her colleagues or – worse – subordinates.

You can be sure, however, that someone is taking scrupulous notes and intense discussions will continue after the meeting, usually with emails asking many follow-up questions and requesting additional data.  While some may view this as an inefficiency in training because questions were not asked during the meeting, it can equally be viewed as highly productive, since the discussion, analysis and study will continue long after the meeting has ended.

In American culture, there is a tendency to try to avoid having “awkward silence” in conversations. Silence is equated with being rude or unfriendly, and talking with being polite. This tendency, however, conveys a subtle cultural value that assigns more importance to talking for the sake of talking, rather than contemplation and thinking – i.e., “silence.” Thus there is the urge by many Americans to “keep the conversation going” with talk, when in many cultures, “silence” is the acceptable, comfortable filler when nothing more should be said.  In those cultures, particularly in Asia, it isn’t awkward at all.  It is expected and polite.

Since this American tendency is well-known, foreigners will often use this then as a negotiating tactic and use silence to subtly prod their visitors into speaking more than they should.  This invariably results in the “talkers” giving away more than was necessary in negotiations and deals.  Every good salesman knows that once the agreement is made, “shut up, take the P.O. and go home,” and don’t risk undoing the sale by talking too much.  This same rule needs to be applied to international selling and negotiating situations.

So, be sure you know who the power players are in the meeting.  Talk to them, not just the English speakers.  Don’t be surprised or disappointed if the Q&A session doesn’t go as planned. And learn to be comfortable with silence and use it to your advantage.  (You might just find it works well at home, too!) By the way, we also have a very positive expression in English about silence: Silence is Golden.

This site uses Akismet to reduce spam. Learn how your comment data is processed.