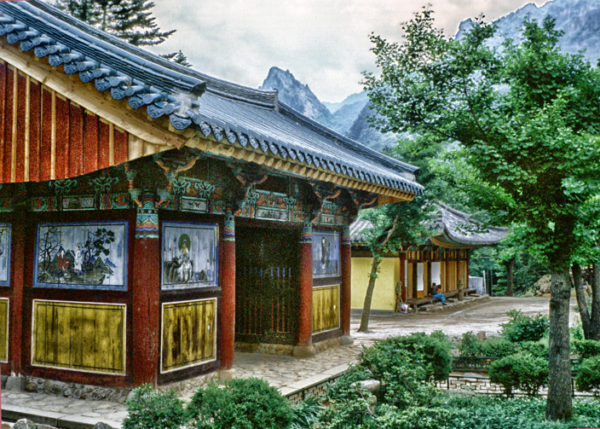 The world’s eyes are now focused on Korea, not only because of the Winter Olympics in PyeongChang, but also because of the volatile U.S.- North Korean politics surrounding it. The frozen faces in the photographs of American leaders when in proximity to North Korean counterparts are most definitely not the result of the cold winter temperatures there.

So it is appropriate then to take a hard look at the cold facts about “the situation” on the Korean peninsula.

Due to the polarized nature of politics, particularly today, it is always assumed that the other side is completely wrong at best, and evil at worst. And while it is easy to dismiss paranoid despots and megalomaniac dictators who starve and murder their own people, it is a bit harder, but most necessary, to look past that to understand the circumstances that propelled them to, and has kept them in, power in the first place. History has much to teach us about the complicity of outside forces in the rise of almost all forms of extremism. Failing to understand that cripples our ability to effectively resolve the issues that divide us. Worse, it adds fuel to the fires of extremism that threaten us.

As was the case after the initial reaction to the outrage in the immediate aftermath of 9/11, there were some – but only a few – courageous voices who dared to ask the introspective question: “Why were these people so filled with hate towards us that they felt they had no choice but to do this? Might we have contributed to this in some way by our foreign policies that affected them?” This last question was what got Bill Maher’s “Politically Incorrect” TV show canceled for being, ironically, “politically incorrect.”

In other words, was our self-image of ourselves  – as the world’s “cowboy in the white hat,” chaste, pure and gallant, courageously fighting injustice and righting wrongs, selflessly riding out to defend the world’s poor and oppressed, and protecting the widows and orphans against the world’s evil-doers in “Black Hats” – was this not the same image shared by everyone else?

Could it be that a century of U.S. foreign policies that had, just for a few examples, brutally subjugated the Philippines; allowed Japan to “have” and colonize Korea; supported ruthless right-wing dictatorships all over Latin America, the Middle East, Asia and Africa; orchestrated strings of coup d’états around the world to overthrow duly elected governments that were at odds with, or displeased, the U.S., such as Chile’s Salvadore Allende, Iran’s Prime Minister Mohammed Mossadegh, Congo’s Patrice Lumumba, Dominican Republic’s Rafael Trujillo, South Vietnam’s Ngo Dinh Diem, Brazilian President Joao Goulart, (to name but a few we are now willing to admit to); authorized various invasions and occupations around the world, for example – just in our own hemisphere – in Nicaragua, Costa Rica, Cuba (more than once), Dominican Republic, Haiti, Chile, (again to name a few just within the last hundred years) – had this not made some people, perhaps many, have great doubts about the self-proclaimed altruistic nature of U.S. intentions? Has it perhaps, made them fear the U.S. from either outright invasion, or the de facto invasion of “U.S. power” on their countries through U.S. economic and/or political pressure? Is it possible that the leaders and people in countries that have born the brunt of these actions against them don’t view the U.S. as “a benevolent friend?” Has their history with us strengthened their resolve to mistrust and even hate us?

The answer of course in many, if not most cases, is “yes.”

With that understanding then, it is helpful to take a candid, unfiltered view of the situation in Korea, how we got there, and importantly, why North Korea feels it must have nuclear weapons capable of threatening (even in a limited capacity) the U.S.

Go back to 1905 with the Treaty of Portsmouth and the victory of Japan over Russia and the awarding of the Nobel Peace Prize to U.S. President Teddy Roosevelt for brokering that “peace.” He was a president who, it should be remembered, initiated, embraced and fostered U.S. colonial imperialism with the taking of the Spanish colonies of Cuba and the Philippines and who, accepting the mantle of the “White Man’s Burden,” began the brutal subjugation and suppression of the Philippines, vowing to “Christianize the Philippines!” (while somehow forgetting that it was already 95% Christian after 400 years of Spanish rule.)

The result of his Nobel Prize-winning “peace” was that Japan was officially “awarded” control over Korea.  Japan strengthened its colonial grip shortly thereafter, its rule ending only with its defeat in WWII.  Then there was the immediate partitioning of Korea followed by the Korean War, with the virtual obliteration of the North by U.S. bombing.  (Even General Douglas MacArthur was quoted as saying he had never seen such devastation in his career.) Then the U.S. supported a string of South Korean right-wing dictatorships up until and including the 1990s. This was consistent with our standard foreign policy of supporting right-wing military dictatorships because, despite the nearly-identical situations with communist dictatorships in terms of human, economic and political rights, all these right-wing dictatorships had to claim was that they were “anti-communist” and thus they would engender complete U.S. support. (The entertaining, yet accurate, Netflix series Narcos provides an excellent deep-dive into this peculiarity of U.S. foreign policy vis-à-vis Latin America.)

So, just for a minute, let’s put ourselves in the shoes of the North Korean leadership. While it’s hard, let’s look at it from their perspective for a moment. The U.S. sold them out 100 years ago.  The U.S. partitioned them. The U.S. invaded them. The U.S. bombed them into near-oblivion.  The U.S. isolated them.  The U.S. has economically squeezed them.  And as an aside, for an atomic exclamation point, the U.S. didn’t hesitate to nuclear-bomb their neighboring country, twice.

The North Koreans noticed, however, that the U.S. doesn’t invade or attack countries with nuclear weapons. In fact, the U.S. “negotiates” with all nuclear weapons-holding countries even if it doesn’t necessarily like them because it has to respect them (e.g., Pakistan, Russia, China, India) and if it doesn’t, well, things might go “boom” in America and that would be unacceptable.  So, it follows – in the North Korean analysis and logic – that if they have nuclear weapons and can threaten the U.S. mainland with nuclear attack, they will be “safe” from the U.S.

Americans may not like that analysis. Americans may not like the way the dots are connected. Americans may not agree with the alternative image of their country as anything but that of “a shining city upon a hill for all to see”, but these are the facts.  The North Korean interpretation of the facts may be different than how Americans would like to interpret them, and admittedly, they are not entirely accurate, but they are a valid perspective. And if we allow that the North Korean perspective on the facts may be inaccurate in many ways, logic dictates that we, too, must also allow that the U.S. perspective on those same facts must be inaccurate in at least some ways, as well.

For isn’t history always written by the victors? And doesn’t that history always reflect only the heroism, civility and moral high ground of the victor and the deceitfulness, cruelty and aggressiveness of the defeated enemy?

It often does take time for history to establish a more objective review of facts. It has taken centuries, for example, for Americans to come to admit the genocide of Native American Peoples and the devastation of the environment that followed the “discovery” by all those celebrated European “Explorers.” There are many other examples we can think of ourselves as we recall what we were taught in school versus what we understand now based on a more objective distance from the past and often a willingness – sometimes courageously so – to be equally objective in our inclusion and assessment of previously discarded, unknown, covered-up or discounted facts.

If the history of the world has taught us but one thing, it is that a conflict has never been about one side that was 100% right and blameless with the other side completely at fault and 100% wrong.  And if for no other reason than that, we have to start sitting down and talking with the North Koreans, and admit that they may have some real grievances or concerns that we might be able to help address in some way to advance peace.  It will not happen overnight. This is a problem for Americans’ generally short-term, simplistic view of most complex problems; we routinely but naïvely expect and demand to see resolution overnight – or at least “by the end of Q3.” We may not be able to change the past. We might not become the intimate partners and friends like we are with our one-time bitter adversaries, the Japanese, but we can use the past to guide us to a better – safer – future. It was the coming to terms and acknowledgement of the other’s deep-seated concerns and fears under the leadership of John F. Kennedy and Nikita Khrushchev that ultimately saved the world from nuclear devastation in a WWIII.

All this is most assuredly not saying that Kim Jong Un, a brutal, megalomaniacal tyrant, is a great guy (although the U.S. has long supported many such similar leaders as long as they claimed they were “anti-communist”) or they have a great system there in North Korea. Of course he isn’t and they don’t.  But our policies have lead us to this dangerous juncture, just the same as the fact that the harshness of the terms of the Treaty of Versailles against Germany directly led to the rise of the Nazis and Hitler and ultimately, WWII.   Historians have long agreed that fairer treatment of Germany at the end of WWI would have provided a very different milieu much less fertile for the Nazis’ message to take root.  How might the world have been different if spared the Holocaust and that nightmare called WWII?  This is not a one-off comparison.  This is what happens in these situations. The West seemed to have learned its lesson and gotten that formula right at the end of WWII, and look at the results to the benefit of Germany and Japan and the world. Unfortunately, it took two world wars to learn it – an incalculably expensive lesson that we are now forgetting.

So as all eyes are focused on the Korean peninsula during these Olympics, we have to ask ourselves two simple questions about our policies toward North Korea: “How’s this been working out for us so far?” and “Are we sleeping any better at night?”

And we have history to guide us as to what could very well happen next if we don’t take a cold hard look at what our approach has been to the Korean Peninsula situation so far and figure out something that will move us towards a more peaceful accommodation with each other. It worked for Kennedy and Khrushchev. Can our leaders rise to such greatness?

This site uses Akismet to reduce spam. Learn how your comment data is processed.